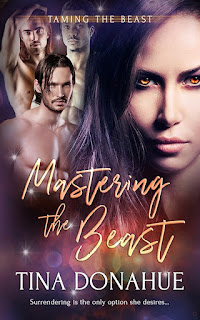 Magic has never been as sexy or as fun. In New Orleans’ French Quarter From Crud to Stud is the makeover service for supernatural beings who want to tame their beasts so they can date mortal babes. Owned by a half-witch and staffed by a good fairy, a reformed female demon, and a voodoo priestess—among others—the place is always hopping. There’s moonlight therapy for weres, aversion therapy to keep vamps from sinking their fangs in anyone’s neck, and no end of spells, potions, and treatments. These ladies definitely put the boys through their paces. But it’s not all work as they search for their one true love. Their journeys aren’t easy, but they’re definitely magical.

Surrendering is the only option she desires...

No one believes that under the tough attitude and schoolgirl fashion sense, reformed demon Zoe burns for a man, love and sex. She keeps those urges on ice and well hidden. She sold her soul for a guy once, and all it got her was a one-way ticket to Hell.

Her job, keeping supernatural creatures in line at From Crud to Stud, is all work and no play. Until she’s saddled with a trio of new enforcers who ooze so much sexual heat she’s afraid to be on the same planet with them.

Stefin, Anatol, and Taro try to contain their laughter as their adorable new boss tries to lay down the law. Apparently, no one told her they don’t take orders. They give them. And they’re determined to smooth her rough edges and tame her beast with acts so wanton they’ll make her scream—for more.

Talk about all hell breaking loose. Surrender won’t come easily, but given their devilish charm and her aching need, her journey to submission is one done deal.

Contains an unholy trio of demons who don’t like to take turns. Break room…snacking. After-hours…training sessions. In other words, a sensual ride on the pleasure express. Features m/f/m/m sex in every flavor except vanilla. Bring. It. On.

Stefin had never met a female demon quite like Zoe.

Wispy smoke rose from her narrow shoulders and long black hair. The delightful scent heightened her female musk and proved her outrageous lust to him, her willingness to submit. What a flirtatious display for a demon, playful yet also provocative, rather than in-your-face sexy.

His devilish desire kicked up several notches, thickening his cock and plumping his balls.

Slender as a waif, she was no more than five feet, her exceedingly pale complexion decorated with facial piercings. Two silver studs across her nose, four in her plush lower lip, several rings in her dark eyebrows and one in her left nostril. Despite the heavy-metal look, she’d dressed like a convent schoolgirl in a white, long-sleeved blouse, green plaid skirt that fell to mid-calf, anklet socks and saddle oxfords.

Thrown by her get-up, Stefin leaned toward Becca. “Is she of age?”

Becca shot him a look.

He wasn’t certain why. “What?”

“How old is she supernaturally?”

“None of your damn business.” Zoe’s comment was throaty as all get out, a big voice for such a small girl.

She stood toe-to-toe with him. Her forehead barely reached his pecs. “In case you haven’t noticed, I’m still in this room. I can hear you, mister.”

What a firecracker, calling him mister rather than Master. Not that it mattered. In very little time, he’d woo her and she’d want nothing more than to submit to carnal hunger, her nudity displayed for his delight and their pleasure.

Flames danced in her black eyes, bottomless pools of indecent passion. Smoke spewed from her hair.

Her frown faded, showing how pretty she was, her features soft and longing as a woman’s should be.

He leaned down to her. “Tell me how old you are supernaturally and I’ll show you things that will make you smile as you’ve never done before.”

She turned to Becca. “I’m not working with him or them.”

Of course not—she was working for them. They’d be patient and loving Masters and she’d be an enthusiastic sub. The way the universe worked. Stefin shrugged. “I agree.”

Bewilderment crossed her face, followed by relief then what looked like regret. That emotion he didn’t get.

He followed, or rather pursued, as a man should.

Zoe crossed her arms beneath her small breasts. “You’re really asking for it, aren’t you?”

She wanted to play. How adorable. The other female demons Stefin had known were bold as hell, getting down and dirty with no flirting or come-ons whatsoever, which made sex perfunctory and too similar to his mortal days. As a product of Russian culture during its bleakest period, he’d experienced sexual equality firsthand, where men were men and women were too, everyone the same. Stoically hard. Endlessly grim. Decidedly sexless. That just wasn’t right and couldn’t have been what nature had intended. Stefin enjoyed a carnal dance that a man was destined to win simply because he was male.

He offered a mischievous smile. “Asking for what?”

She arched one slender eyebrow. “Don’t tempt me.”

“I thought I already had.” 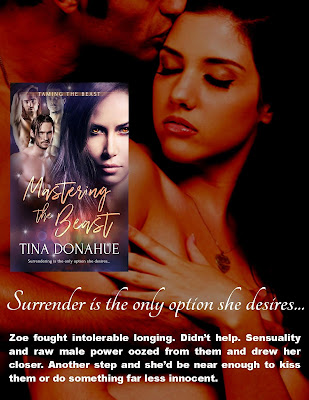