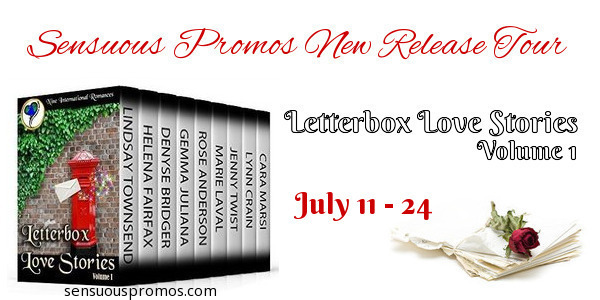 What if a life-changing letter arrived in today's mail? Now imagine it leads to love and adventure! From the northern British Isles, across the mainland of Europe, and on to Turkey, nine international Award-winning and Multi-published Romance Authors share spellbinding love stories told across time. This collection includes contemporary, historical and futuristic time travel romances touched by magic. And each begins with a letter...

MORE THAN WISHES by Rose Anderson
Raised on a sailor’s tales of adventure and eager for her own, Stella Cunningham answers an advertisement for a traveling companion to the Orient. There she purchases an ancient bronze lamp with a secret. In the land of flying carpets and genies, Stella is about to have the adventure of a lifetime.

ALL OR NOTHING by Denysé Bridger
Casino Coranthos is a playground for wealthy, bored people, but for some, it’s also a place where dreams and promises change lives forever. When a letter becomes part of an unexpected inheritance for Ryann Thomson, her aunt’s past brings her face to face with Ariston Katsaros, a man haunted by loss and driven by anger. As the attraction between them sizzles and grows, can Ryann convince him she isn’t looking to rob him or his father, or will she become a casualty of Ari’s vengeance? In this dangerous game of all or nothing, her heart and future happiness are at stake.

SEALED WITH A KISS by Lynn Crain
In 2084, time travelling detective, Tandi Reynolds, tipped off by a letter, needs to stop an assassin before he kills a newly elected leader. When she finds him in 1874, Vienna, it’s clear a cold blooded killer is only one of her problems. Time is fleeting, so falling in love with her contact, the charismatic Count Leopold Radetzky von Radetz, is a bad idea, but keeping her feelings in check is not easy when she relies on him for her every need.

COME DATE ME IN PARIS by Helena Fairfax
When a letter arrives telling Alice she's won a place on a TV blind date show, she should be excited - only trouble is, the show involves cooking for your date...and Alice can't cook. Forced to throw herself on the mercy of her chef neighbour, Edmond, Alice asks him for lessons. But will she be cooking up a romance...or cooking up disaster?

ABANDONED TREASURES by Gemma Juliana
What do a reality TV star and a Sardinian billionaire have in common? Sophie Hayes buys and sells the contents of abandoned storage units. When an invitation arrives out of the blue to personally deliver an antique desk to an exotic island, she decides on a whim to spend what would have been her honeymoon with the famous Rico di Carlo. Can Rico convince Sophie in one short week to stay forever?

SONS OF THE WIND by Marie Laval
Provence 1826. Ten years after her brother disappeared in the marshes of the Camargue, Venetia Rigby receives a letter suggesting he is alive. Will Philippe Dantès, half-gipsy master of Terres Mortes, help her find him when he has his own demons to fight?

CURATING LOVE by Cara Marsi
A letter inviting Chloe Decker to curate the art collection of the wealthy DiMarco family of Ravello, Italy, lets Chloe begin to picture a new beginning for herself after a tragic loss. But she hadn’t included her employer’s sexy grandson, Matteo DiMarco, in that portrait. Chloe’s not ready for a relationship, even with a fine Italian masterpiece of a man like Matteo, but can he convince her to paint a new life that includes him?

PLAIN HARRY by Lindsay Townsend
Recovering from a brutal marriage, Esther is living quietly as a widow when a letter from her brother Sir Stephen destroys her contented life by ordering her to marry Sir Henry—but who is this “Plain Harry” and how will he treat her? Set in medieval England when women had few rights, this story shows how love can flourish between the unlikeliest of people.

THE MINSTREL BOY by Jenny Twist
In 1936 a band of students went off to Spain to fight in the Spanish Civil War. Only one came home. 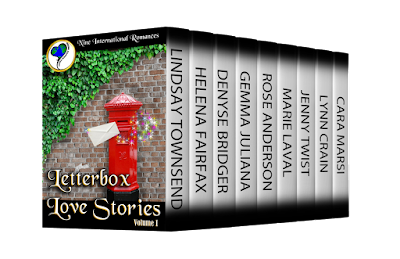 ***** By CA romantic on July 9, 2016 “The collection takes you around the world and from the present into the past. I love the adventure in the stories, and the characters drew me in and made me root for their happily-ever-afters.”

And don't forget to visit the other stops in the tour:

7/19 - All my Book Finds
http://shannaclemens.blogspot.com

Posted by Denysé Bridger at 3:00 AM