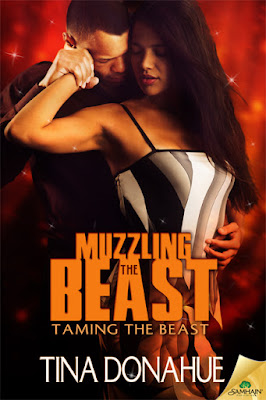 
When all hell breaks loose, playing fair isn’t an option.

Removing memories from mortals who stumble into From Crud to Stud, a makeover service for supernatural beings, is a cinch for Constance, a voodoo priestess. Finding her own Mr. Right is another matter.

However, the latest intruder into their business stops Constance dead in her tracks. He’s tall, dark, and deliciously hot. He’s also a New Orleans police detective with questions. And answering them will bring down a plague of exposure, purges, and exorcisms.

Gabe Legrand has come to check out reports of strange activities. But the strangest thing is how Constance’s sexy curves and silky skin have him uncharacteristically panting like a rutting beast. Trouble is, every time his questions probe too deep, his memories go poof, sending him back to square one with his luscious guide.

There’s no denying their aching need crackles like an electrical storm. But Constance has a business to protect, which means keeping Gabe at arm’s length—even as all hell breaks loose.

He stepped toward her. She didn’t give an inch either. They were so close, Constance saw laugh lines at the corners of his beautiful eyes, along with flecks of light brown in his irises. His fragrance surrounded her, making Constance weak, causing her to yearn.

It had been months since she’d been involved with a man, and even then they’d been mainly supernaturals she’d met here. Like mortal guys, most of them were jerks or users, taking what they wanted, leaving her heartbroken and lonely.

Gabe’s heat and big body called to everything female within Constance, especially as his expression grew distracted and then intense, revealing the same carnal hunger she felt. A minute ticked by, followed by another and another.

His breathing picked up. So did hers.

Someone slammed into the wall behind them, grunted loudly, and let out a string of curses, killing the magic.

Gabe looked past her and frowned. “What is going on here? And don’t you dare tell me regular therapy. The business license is for a behavior adjustment and grooming service, whatever that’s supposed to be.”

“We like to think of it as a finishing school for guys.” She smiled indulgently. “So many of you are rough around the edges. Wouldn’t you agree?”

He gave her a cop’s hard stare.

Constance wondered if he liked using his cuffs during bed play. If there was a God and She was female, Gabe did. “We’re simply trying to help guys suppress their uncivilized urges, just like women have always been taught to do.”

He regarded her hand resting on his forearm, her fingers stroking him. His Adam’s apple bobbed with his hard swallow. “That’s not what I’ve heard.”

She went hot, cold, and hot again, wondering what he was getting at. Surely, none of the clients had lodged a complaint with the cops, telling the authorities they were vamps, weres, reapers, or any number of other beings trying to suppress their beasts. Why would any of them expose their true natures to a mortal?

Oh hell. Constance wondered if the police department had a supernatural working undercover, egged on by the Religious Right, who saw conspiracies everywhere, even in Barbie dolls and McDonald’s Happy Meals.

Afraid to know but curious too, she murmured, “What have you heard?”

Gabe wasn’t talking. He took in the sofa and the plants and then finally turned to the cabinet.

Before he could get a good look at the photos, Constance cupped his head and turned his face to hers.
He lifted his eyebrows in obvious surprise but didn’t move away. “What are you doing?”

What she shouldn’t…wanting him. The feel of his tight curls was a major distraction, the same as his rich mouth. She sighed. “Nothing.”

Gabe didn’t argue. He blinked as she zapped his memories of why he’d come here and then looked at her questioningly.

What could she say, sorry? She really was for having played with his mind, but not for touching him.

Thankfully, he wasn’t complaining about her stroking his scalp. After a moment, he grew distracted, as he had earlier, studying her features, becoming lost in them.

She drank his in too, liking his looks, feeling oddly comfortable with him even though they didn’t know each other and never would. A pang of sorrow hit Constance hard, with longing beneath it for a good man, someone she could count on who’d make each day a pleasure.

Wasn’t gonna happen with him. They only had these moments.

He stared at her eyes, then her mouth. “Shouldn’t I be?”

As far as his memories were concerned, no. When it came to her touching him, she would have liked to have heard a definite yes. “Absolutely,” she finally said, answering his question. “You’re good…more than…”

She didn’t finish as Gabe edged closer, as though he couldn’t help himself. Well, hell, she couldn’t either, finally acting on pure instinct and bringing his mouth down to hers.

Aw God. His lips were ungodly heated and super soft, his beard-roughened cheeks a wonder against her skin, so virile and welcomed. On an unsteady breath, Constance sagged into him, opening her mouth to his, inviting his tongue inside. 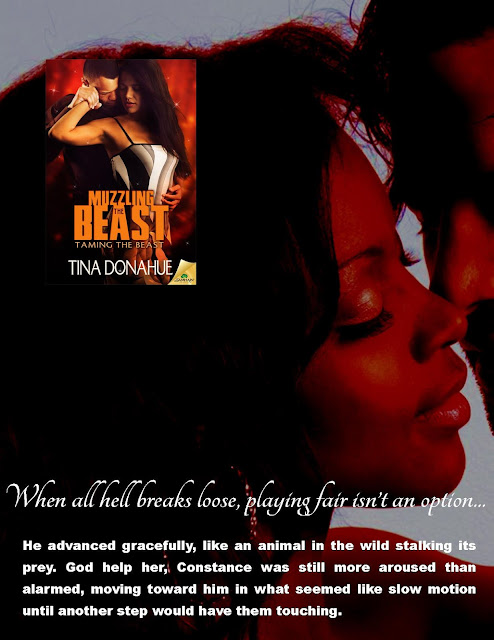 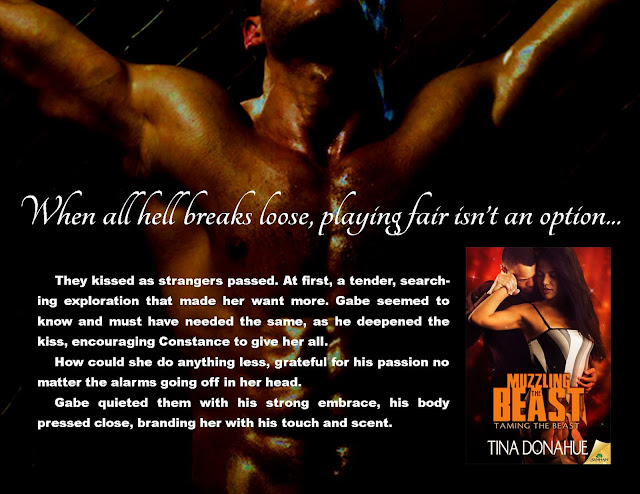 Posted by Denysé Bridger at 8:00 AM